7 Natural Wonders of the UK 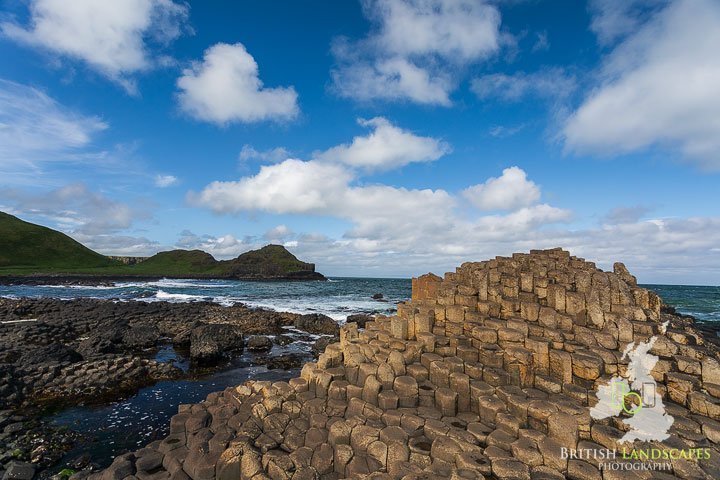 Can you believe it The Royal Geographical Society has published a list of 7 Natural Wonders of the UK, bringing together some of the beautiful and unique geological sites Britain’s nature has to offer and most people admitted not having heard of any !!!

A new survey commissioned as part of the project revealed a lack of knowledge of the UK’s most revered natural landmarks. The survey of 2,000 UK adults was commissioned by outdoor specialists Merrell ahead of the launch of its new MOAB footwear collection and revealed that more than half are more likely to visit one of the UK’s best beauty spots than they were pre-coronavirus. Results from the survey also suggest the pandemic has made the public more open to UK travel with 44% stating they were more open to exploring unfamiliar places in the UK, more than they were before the pandemic.

A staggering 90% of those polled admitted to not having heard of all the 7 Wonders and 41% have incredibly never visited any of the 7 Natural Wonder landmarks.

7 Natural Wonders of the UK

Not in any order but first up is Wales highest waterfall. We already know that Wales waterfalls are amongst the most stunning in the world.  Pistyll Rhaeadr at Llanrhaeadr-ym-Mochnant is 240 ft high and one of Britain’s highest waterfalls. Situated just inside the Welsh border the waterfall is formed from streams originating in the Berwyn Mountains, falling in three stages to form the Afon Rhaeadr below. The survey showed that 70% of UK adults had never heard of Pistyll Rhaeadr. It was the least visited of the 7 with only 6% having been there and I must admit that I have also not visited yet.

Next, up is The Giant’s Causeway which lies on the coast of County Antrim in Northern Ireland visited in my 2019 Ireland Photo Trip. The area was designated a UNESCO World Heritage Site in 1986 due to it being “a spectacular area of global geological importance.” The geological features of the Causeway were formed around 50-60 million years ago when the Antrim Coast was subjected to intense volcanic activity. The most characteristic and unique feature of the site is the regular polygonal basalt columns – estimates suggest that there are approximately 40,000 columns around the Causeway. The formation of the columns was a result of successive lava flows which cooled rapidly when they met with the sea.

Located in the Peak District, Dovedale is a stretch of the Dove Valley where the Dove River tumbles through impressive limestone ravines.

Despite this being my closest National Park it is one that I visit less frequently than others especially the area around Dovedale has it is considered one of the “honeypot” locations in the Park and finding space for landscape photography is very difficult.

The Needles – Isle of Wight

The Needles form the western tip of a backbone of chalk that crosses the centre of the Isle of Wight, with three distinctive, jagged, chalk stacks that extend into the sea. However, the fourth and taller, needle-like stack that gave its name to these rocks, known as ‘Lot’s Wife’, collapsed during a storm in 1764. Only the stump of the former 120 ft pinnacle is now visible at low tide and forms a dangerous reef off the coast. The vertical chalk stacks of the Needles are a result of heavy folding of chalk which results in hard chalk, resistant to erosion.

Designated a UNESCO World Heritage Site in 2001 due to the global importance of its rocks, fossils and geological landforms, the Jurassic Coast is a 95-mile stretch of coast from Orcombe Point in Exmouth, Devon to the Old Harry Rocks, near Swanage. The site provides an almost continuous sequence of rock formations covering the Triassic, Jurassic, and Cretaceous periods, known collectively as the Mesozoic Era, and is internationally renowned for its contribution to the study of earth sciences over the past 300 years.

The Jurassic Coast was the most visited of the 7 Natural Wonders of the UK with 31% having made the journey to Dorset.

Loch Coruisk and the Cuillins

Loch Coruisk, meaning ‘Cauldron of Waters’ in Scottish Gaelic, is an in-land, freshwater loch situated in the heart of the Cuillins on the Isle of Skye. Whilst the head of the loch is surrounded on three sides by the imposing volcanic Black Cuillins, the southern end connects to the sea by the Scavaig River which discharges into Loch Scavaig seen below with the Cuillins providing the backdrop.

Following a visit to Dunvegan Castle, Sir Walter Scott visited Loch Coruisk in 1814, describing it as ‘that dread lake’ in his poem ‘The Lord of the Isles’. The dramatic and isolated beauty of the loch has also inspired many artists over the centuries, including William Daniell (1769-1837) and J. M. W. Turner (1775-1851).

Two-thirds of those polled admitted to having never heard of the Isle of Skye’s dramatic Loch Coruisk and the Cuillin mountains.

Last but not least and surrounded by some of the Lake District’s tallest mountains, Wastwater lies in one of the wildest and most dramatic valleys of the National Park. The valley of Wasdale was created by Ice Age glaciers carving out U-shaped hollows in the hard volcanic rocks. Although the Ice Age began about 2.4 million years ago, it was the latest period of intense cold, about 10,000 years ago, that caused the striking features seen today in the Lake District.

William Wordsworth famously commented on the splendors of the wider Wastdale that ‘Wastdale is well worth the notice of the Traveler, who is not afraid of fatigue; no part of the country is more distinguished by sublimity.”

55% of those included in the survey were unable to recall the Lake District’s resplendent Wastwater.

My only real photo trip to the location was affected by very poor weather so the included image is not one of best but at least it shows some of the effects created by those glaciers.

Well that completes the 7 Natural Wonders of the UK. How many have you visited or heard of ?

Are there other locations that should be given preference in the select list ?

I would be most interested to see your comments and suggestions. Who knows some of them may be included in one of my future photo road trips.

You can view many more Natural Wonders of the UK by visiting the Galleries and Print Shop.