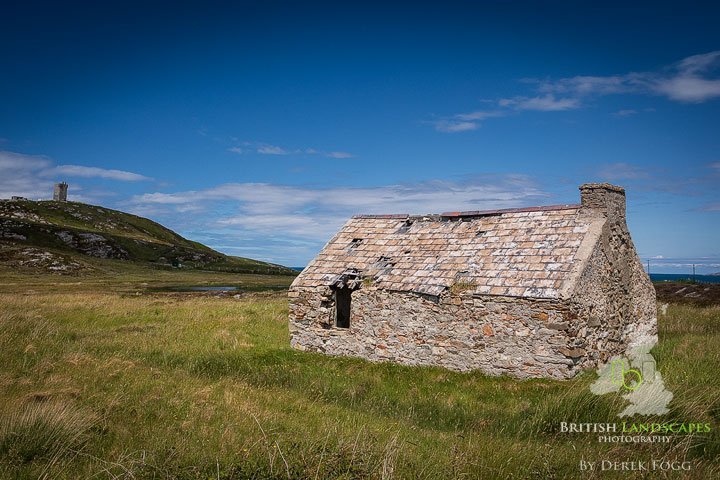 Unfortunately I am still having to find images from the archives for these posts but hoping that I will soon be able to get out and continue my journey around the British Isles even if in the short term they will be locations closer to home.

You may say I have written about abandoned places before but in this post, I have deliberately stayed away from similar subjects which may have featured abandoned places like my three-part series on British Churches, Chapels and Crosses which if you have not already done so you may care to take a look

So to the subject at hand and as I am sure you will realise these tend to be in the more remote areas of the British Isles.

Starting in Scotland In the Inner Hebrides on the Isle of Islay also known as the “Queen of the Hebrides”. I have to say there is some amazing scenery as well as nine distilleries !! What more could you want?

My favourite location is the coast around the Rinns which is very impressive, particularly at Killinallan Point, a beautiful and lonely headland at the far northeast of Loch Gruinart. On the way to Killinallan stands a beautiful deserted cottage with a lovely red tin roof called “Crois Mhor” which was used by the sheep as a shelter but I believe since my visit the roof has now been lost. On a sunny day, the view of the cottage and the rest of Loch Gruinart are very beautiful.

Moving to the south coast of England and the strange but beautiful Dungeness. A stark landscape situated on the coast of Kent with an otherworldly beauty. Dungeness is an unforgettable destination. It lays claim to having the largest shingle beach in Europe and arguably serves some of the best fish ‘n’ chips on the Kent coast. Dungeness is Britain’s only desert.

One of its many attractions is the variety of buildings some of which are converted from abandoned fisherman’s huts but not this one I am about to share with you.

Back to Scotland and the the island of Vatersay the southernmost and westernmost inhabited island in the British Isles. The main village, also called Vatersay, is in the south of the island. At Uidh this majestic example stands like a monolith overlooking Castle Bay and Barra as a testimony to the declining population in the Outer Hebrides over the last 150 years.

Abandoned crofts are not uncommon on the islands on the West coast of Scotland. Peoples needs change, communities die out as the younger generations move away and set up life on the mainland. It’s a tough life living in the Outer Hebrides and when the homes were left empty because someone had passed away often there was no one left to take over the house.

Those who remain often upgrade their houses, so the previous one is just left to decay not far away from the new one. This practice has gone on across the generations as often older footprints and ramshackle walls of old buildings still lie in the area of a croft. Local people don’t like selling them and prefer to let them return to the island.

My final abandoned place is in the Republic of Ireland and yes it is part of the British Isles but of course not part of Great Britain or the United Kingdom.

Malin Head is located on the Inishowen Peninsula and is the most northerly point of the island of Ireland. Malin Head gives its name to the Malin sea area. Malin Head encompasses an area north of the Black Mountain, there is no specific point which details the location of Malin Head and the area is peppered with many local place names of Norse and Irish origin. There is a weather station on the head, which is one of 22 such stations whose reports are broadcast as part of the BBC Shipping Forecast. A tower built in 1805 is situated on Altnadarrow also known locally as Tower hill.

This was one of my first stop off points on my 2019 Wild Atlantic Way road trip. Despite trying to find out the history of this building I have had no success and I am always keen to find out as much about the locations I visit so if you have an answer for me then please drop me a message or email. Many thanks in anticipation.

Well I am afraid that is all for now and I hope you have enjoyed visiting these abandoned places and their historic buildings.

Prints and canvases of these images amongst many others can be purchased in the Galleries and Print Shop.