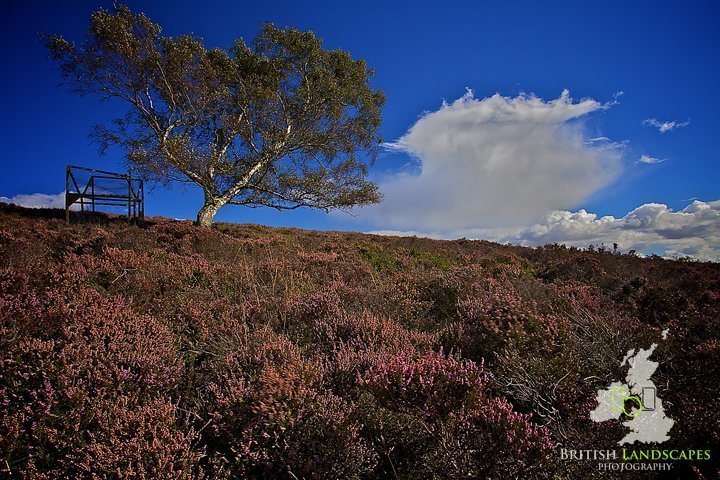 No matter where you live, you have seen one – solitary trees that is. And I’m betting when you did, you allowed your gaze to linger for awhile. If you are a photographer, you may even have pulled over while driving down some road, and shot a picture or two. I know I do and even return to take in the scene all over again.

A solitary tree is somehow mysterious.  It’s almost magnetic, especially when the cleared land around it is expansive.  You ask yourself how that one tree, and only that tree, managed to survive. The trees in a stand of woods lose their individuality and become almost indistinguishable from one another, at least until fall.  But a solitary tree?  It calls out to you.  “Look at me.  I’m still here!”

So against that background I thought I would share with you some of my solitary tree images. I have tried to avoid those that are fairly popular and well known locations that I may have shared many times before so hopefully you will enjoy these lesser well known locations.

I am starting with an image from Sutherland captured in 2006. This is Loch Naver with Ben Klibreck in the background. Ben Klibreck is is an isolated hill, rising above a large area of moorland. The highest point, Meall nan Con, rises to 3150 ft and is therefore the second most northerly Munro after Ben Hope.

Believe or not immediately to the right of this scene is a small campsite where I was staying for a few nights. Fabulous location if you don’t mind the lack of facilities. No toilets/showers and the nearest shop is 25 miles away.

The next images were all captured in UK National Parks. Starting in the Lake District this was on a one day trip when I was looking into the possibility of running a photo workshop with a difference with someone who lived in and knew the area well. Unfortunately the idea did not come to fruition but it was certainly a very enjoyable day and allowed me to capture some scenes which I probably wouldn’t have captured without this shared visit.

The next two images are from my 2012 UK National Parks 60th Anniversary photo trips. The first one is from the Dartmoor visit which continues in part 2 with the celebratory trip to the Lake District.

There so many solitary trees on Dartmoor but on this occasion it was the waterfall I was actually searching out and it took me a while to actually find it as it was well hidden until you actually came across it. The tree was an added bonus.

This waterfall on the River Meavy is in an area which has been heavily mined by the tinners. The writer William Crossing describes these falls as “… one of the beauty spots of Dartmoor. Black Tor Fall is where the stream comes swiftly round a heathery bank to glide over moss-covered stones; where dripping ferns margin the waters, and the mountain ash waves her branches gracefully above them.”

Finally for now in England at least I’m recalling one from the North York Moors National Park 60th Anniversary trip. Solitary trees seem to have been a theme in 2012 which I had not realised until searching my image archives for this article. In fact there were numerous solitary trees on the moors but I have chosen this one because of the inclusion of the wonderfully coloured heather as well as the tree. Perfect timing.

Hutton Knowl is in the south east corner of Spaunton Moor near the village of Lowna. The relatively low-lying moorland here is inclined to revert to scrubby Birch, Gorse and Pine if not regularly burned.

Yes it’s another National Park this time its Snowdonia from Spring 2000 and one of my earliest digital images captured on my Fuji FinePix 6900 ZOOM. It is from a walk around Llyn Elsi in the Gwydir Forest Park which surrounds Betws-y-coed, one of the prettiest villages in Snowdonia National Park.

To get to Llyn Elsi and it’s solitary tree start the walk at the forest road behind St Mary’s Church in the centre of Betws-y-coed. The trail rises and descends steeply from the village and follows a combination of forest roads and narrower footpaths, on an unmade and uneven surface, where you can expect mud, rocks and tree roots.

The scenery, wildlife and peaceful atmosphere as you walk around Llyn Elsi are really worth the hike up from the village.

Unfortunately I don’t seem to have any solitary trees included in my Ireland and Northern Ireland galleries at the moment which is a shame but I promise to look back through the archives to see if I can find a suitable one to share. Maybe it’s because my photo journey to the island of Ireland mainly comprised coastal locations.

I am afraid that is it for now so I hope you have enjoyed this brief look at just some of Britains stunning solitary trees.

Why not see if you can find any more solitary trees images I have not featured in the Galleries and Print Shop where you can purchase your own prints, canvases and other forms of wall art as well as stock image downloads for commercial and personal use.