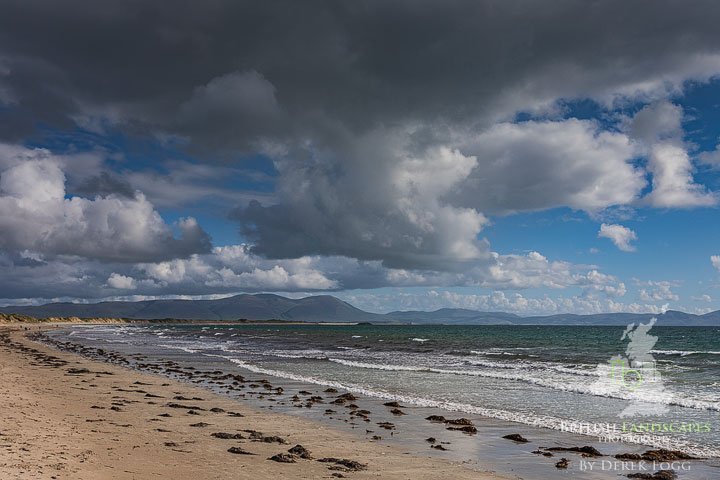 Lonely Planet recently released their top 10 Ireland beaches which brought back memories of my photo trip to the island of Ireland in 2019. I first visited Northern Ireland including the Mournes and the Antrim Coast and then competed the Wild Atlantic Way starting in County Donegal and finishing in County Cork. My longest photo trip ever except maybe my trip to the South West USA.

Anyway, let’s get back to those beaches many of which I was fortunate enough to see on my visit. How they managed to come up with only ten I am not sure because the whole west coast of Ireland is full of them not forgetting Northern Ireland which also has many fantastic beaches. Here’s just three from their top 10 which I visited.

Starting with one from County Galway at Gurteen Bay and Dogs Bay where you would have thought you were visiting the Caribbean. Gurteen Beach (Trá na Feadóige in Irish meaning beach of the plover), lies back-to-back with Dog’s Bay which you can see in the background. The two beaches were formed by a sand spit and tombolo which now separates the two bays. The beaches were deserted and the only people around were the council workmen tidying up the car park area before the tourist season got fully underway.

As you would expect on the west coast of Ireland the weather is changeable and you can go from the Caribbean scene above to dark clouds and downpours which of course all contribute to its amazing landscapes and make it such a great country for a photographic trip. You’ve guessed that this is just a gentle warning that the next beach may not look as attractive as the first but I am sure it is when the weather is more like it was at Gurteen Beach and Dogs Bay.

Well after that rambling we are now in County Mayo at Keem Bay. Keem Bay, at the western end of Achill Island, is one of the most picturesque bays in Ireland. It is accessible by road over a twisting cliff-top route on the side of Croaghaun mountain. Keem Bay is virtually uninhabited (the only building is a former coastguard station) and provides a peaceful and magnificent retreat from the 21st century. It also featured in Lonely Planet’s Top 20 Beaches in Europe earlier this year.

The next of Ireland beaches I am going to share that I visited and was included in that Top 10 is Banna Strand or Beach in County Kerry. Banna Strand is a magnificent stretch of golden, sandy beach that stretches for approximately 6 miles along the Kerry coastline, backed all the way by sand dunes, some of which reach a height of 40 foot. The beach sits in Tralee Bay, offering excellent views of Kerry Head to the north, the mountainous Dingle Peninsula to the southwest, and Mucklaghmore Rock straight out to sea.

So that’s three of the Top 10. Donegal, Mayo and Kerry all feature strongly with two beaches each listed in the Top 10, while Sligo, Waterford, Galway and Dublin are also represented.

There are many other beaches that I saw that were in my opinion equally as good. Maybe the weather was a contributing factor so it’s back to blue skies and County Donegal at Carrickfinn Beach. Carrickfinn is situated in Gweedore Bay; it’s an extensive sandy beach with a good dune system. There are extensive machair grasslands and the area is noted for the presence of rare plant species. This sweeping stretch of sand with a backdrop of distant mountains remains wonderfully undeveloped, despite being right alongside and parallel to Donegal airport.

You wouldn’t believe it until you saw it and you certainly don’t have to travel far from the airport to the beach because you could walk it in 5 minutes.

I hope you have enjoyed taking a look at some of Ireland beaches and thanks to Lonely Planet for continuing to regularly share their Top lists of places to visit.

More Ireland beaches along with many other landscapes can be seen in the Republic of Ireland gallery.