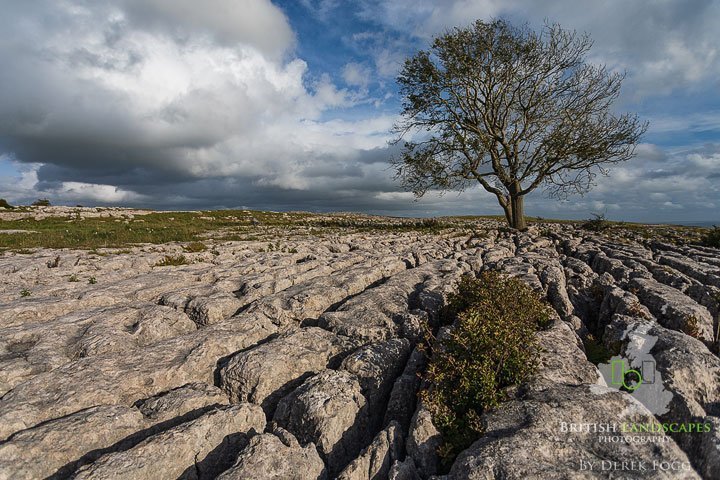 Whilst all my plans for photo trips this year have been postponed I did manage to take a couple of day trips the first one of which was to Malhamdale at the southern base of the Yorkshire Dales National Park. On this trip, I was with my son and grandson. He had spent a few days on a school trip here earlier in the year and was keen to show me around the area.

Malhamdale is one of the most visited areas in the Yorkshire Dales. This isn’t surprising because it has some of the most spectacular examples of limestone scenery in the whole of the National Park.

The dale has been the source of inspiration for generations of artists from James Ward in the eighteenth century to John Piper in the twentieth century and more recently David Hockney.  Wordsworth wrote two poems as part of a group of poems called ‘Pure Elements of Water’. John Ruskin referred to the area in ‘Prosperina’ of 1875. The scenery of Malhamdale also inspired Charles Kingsley to write ‘The Water Babies’.

The village of Malham is at the centre of Yorkshire’s limestone country. It’s a pretty place, surrounded by limestone dry-stone walls, and with a stream running right through the middle of the village.  In the Domesday Book, the name is given as Malgun, meaning “settlement by the gravelly places”.

We headed out from the village to Malham Cove a majestic natural amphitheatre enclosed on three sides by 260-foot sheer cliffs of limestone rock. On top of the cove is a large area of limestone pavement.

At the end of the last Ice Age some 10,000 – 12,000 years ago, a torrent of water from the melting glaciers spewed over the top of the 260ft-high precipice. Down the centuries, the water found its way through the porous limestone bedrock to disappear underground, although the phenomenon reappeared in 2015 following unprecedented amounts of rain in one of the wettest winters on record. Some suggestions are that it could be nearly 200 years since it was last seen.

Malham Cove has its own attraction for thrillseekers. It’s called the Catwalk and it’s a curving balcony that crosses the face of the Cove at a height of about 30ft. It’s lumpy and a bit polished so care is needed, but it’s perfectly safe to walk along proving you are very careful

It’s mainly used by rock climbers to access the Cove’s world-class climbing pitches, including the famous Yosemite Wall, a huge overhang that lures rock-botherers from across the globe

To reach the top of the Cove from here it is necessary to climb the 400 steps up the western side of the Cove! – but it is well worth the effort. The top of the cove is a large area of deeply eroded limestone pavement, of a strange pattern rarely seen in England.

This is quite probably the finest limestone pavement in the country. Its rocky pillars (known as clints) are riven by deep cracks (known as grykes). Some of the grykes are so deep that I can only see blackness in them. Many plants grow out of them including this bright yellow flower which I am still trying to identify. Any help would be appreciated.

Joining the Pennine Way away from Malham Cove and we headed into the narrow hanging valley of Watlowes. The Watlowes valley is generally entirely dry, and instead of water, the only thing running through it is a drystone wall. This wall has stood for hundreds of years, marking the boundary of two estates, one owned by Fountains Abbey near Ripon, the other by Bolton Priory near Skipton.

We eventually reached Malham Tarn. The Tarn is a glacial lake and over 1200 feet above sea level making it the highest Marl lake in the UK. Owned by the National Trust it is an area of conservation.  With a cold wind and an approaching storm we didn’t stay long to find potential image locations but headed on back down towards Malham passing on the way this “bath with a view”

Continuing towards Malham we passed by Broad Scars and after crossing Malham Rakes and open grassland we reached Gordale Bridge where a break for a coffee and bacon sandwich was the order of the day. Then it was a short walk to Gordale Scar. The gorge was formed by water from melting glaciers or a cavern collapse during the last ice age 10,000 years ago.

The Gordale Falls is a famous set of waterfalls located in the dramatic 100m high limestone ravine of Gordale Scar. The image above shows the lower of the two waterfalls which provides a challenging obstacle at the head of the ravine. A public right of way goes up the waterfall in what is an interesting scramble that is probably best attempted in dry conditions. After lots of rain water flows down both sides of the fall making it slippery and awkward.

Although the water flow was not heavy someone did manage to climb into that central rock hole and sit down.

From here it was a short walk to Janets Foss waterfall but poor light and lack of tripod prevented me from capturing any images. Still, there is always another trip and a good reason to have to return one day.

One location I particularly wanted to visit was one of the lone trees on the limestone pavement above Malham which we had passed quite close by on the walk. We didn’t really have enough time during the walk to visit so it was back to Malham and we drove back up and parked close by.

Of all their diverse flora, the most surprising to find on a limestone pavement are trees.  A gryke seems hardly sufficient to sustain a mature ash tree but here it does just that. Some of these trees may have become established when the soil still covered the clints. As the soil diminished, their roots penetrated cracks and fissures in the limestone, giving access to just enough nutrients and water to sustain them.

I do enjoy photographing lone trees and this is one I have had on my radar for a while and in my opinion, produced the image of the day in the late afternoon with some dramatic clouds and low sunlight helping to highlight the silhouette of the tree and the grykes and clints of the limestone pavement.

I could have spent much more time here but instead, we headed back to the car, back down into Malham, and a “Covid Safe pint in the Buck Inn. Can you believe it because we had my grandson with us and no children were allowed inside the Inn unless they were eating we had to sit outside on the benches drinking a chilled pint in a very chilly wind? Still, it was very enjoyable and a great end to the day for our visit to Malhamdale

Further images from this area of the country can be found in the Yorkshire Dales, Moors and Northumberland gallery. Larger versions of some of the above image can also be found in the Galleries and Print Shop where prints and canvases, as well as image downloads, can be purchased.